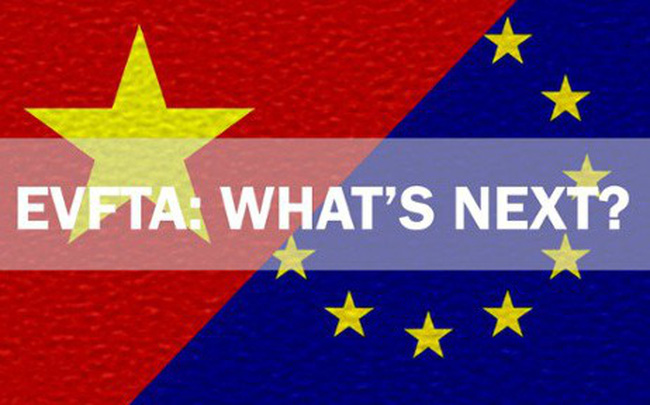 In 2015 the EU and Vietnam agreed in principle on a comprehensive and ambitious trade and investment agreement. This Free Trade Agreement (FTA) is the second in the ASEAN region after Singapore, and a further building block towards the EU’s ultimate objective of an EU-ASEAN FTA.

This agreement will allow EU exporters and investors to access a fast-growing market of 90 million people and to consolidate their presence in one of the most dynamic regions in the world.

The FTA will eliminate nearly all tariffs (over 99%):

Vietnam will also open its market for most EU food products, both primary and processed:

The EU will also eliminate duties with longer staging periods (up to 7 years) for some sensitive products, especially in the textile apparel and footwear sectors. To benefit from the preferential access, the strict rules of origin for garments will require the use of fabrics produced in Vietnam, with the only exception being of fabrics produced in South Korea, another FTA partner of the EU.

Only some sensitive agricultural products will not be fully liberalised, but the EU has offered access to Vietnamese exports via tariff rate quotas (TRQs): rice, sweet corn, garlic, mushrooms, sugar and high-sugar-containing products, manioc starch, surimi and canned tuna.

The EU and Vietnam have agreed to strengthen the disciplines of the WTO Technical Barriers to Trade (TBT) agreement. In particular, Vietnam has committed to increasing the use of international standards in drafting its regulations. The agreement also contains a chapter addressing Sanitary and Phytosanitary measures (SPS), specifically aimed at facilitating trade in plant and animal products, where the parties agreed on some important principles such as regionalization and the recognition of the EU as a single entity. These provisions will facilitate access for EU companies producing a large variety of products, including electrical appliances, IT, and food and drinks to the Vietnamese market.

Farmers and small businesses producing food with traditional methods will benefit from the recognition and protection on the Vietnamese market – at a comparable level to that of EU legislation – of 169 European food and drink products from a specific geographical origin. This means that the use of Geographical indications (GIs) such as Champagne, Parmigiano Reggiano cheese, Rioja wine, Roquefort cheese or Scotch Whisky will be reserved in Vietnam for products imported from the European regions where they traditionally come from.

Vietnamese GIs too will be recognised as such in the EU, providing the adequate framework for further promoting imports of quality products such as Mộc Châu tea or Buôn Ma Thuột coffee.

The agreement will allow new GIs to be added in the future.

With this agreement EU companies will be able to bid for public contracts with, inter alia, Vietnamese ministries, including for infrastructure such as roads and ports, important state-owned enterprises such as the power distribution company and the nationwide railway operator, public hospitals and the two biggest Vietnamese cities, Hanoi and Ho Chi Min City.

With the disciplines agreed on State Owned Enterprises (SOEs) and subsidies, the EU-Vietnam FTA will level the playing field between SOEs and private enterprises when SOEs are engaged in commercial activities. There will also be rules on transparency and consultations on domestic subsidies. These are the most ambitious disciplines that Vietnam has ever agreed to.

On Intellectual Property Rights, Vietnam has committed to a high level of protection, going beyond the standards of WTO TRIPs agreement. With this agreement, EU innovations, artworks and brands will be better protected against being unlawfully copied, including through stronger enforcement provisions.

Vietnam has committed to open up to investments in manufacturing in a number of key sectors, such as food products and beverages, fertilisers and nitrogen composites, tyres and tubes, gloves and plastic products, ceramics and construction materials.

The FTA creates a framework to resolve any future disagreements that may occur between EU and Vietnam about the interpretation and implementation of the agreement. It applies to most areas of the agreement and it is faster and more efficient in many aspects than the dispute settlement mechanism in the WTO.

The EU and Vietnam have agreed on a robust and comprehensive chapter on trade and sustainable development, with an extensive list of commitments, including:

In the preamble of the FTA the Parties reaffirm their commitment to the Charter of the United Nations signed in San Francisco on 26 June 1945 and have regard to the principles articulated in The Universal Declaration of Human Rights adopted by the General Assembly of the United Nations on 10 December 1948.

The FTA will also contain a legally binding link with the EU-Vietnam Partnership and Cooperation Agreement (PCA), signed in June 2012, which includes a human rights clause and provisions on cooperation on human rights.

The PCA governs the overall relationship between the EU and Vietnam. It is based on shared interests and principles such as equality, mutual respect, the rule of law and human rights. It broadens the scope of the cooperation in areas such as trade, the environment, energy, science & technology, good governance, as well as tourism, culture, migration, counter terrorism and the fight against corruption & organised crime. Additionally, it allows Vietnam and the EU to further enhance cooperation on global and regional challenges, including climate change, terrorism and non-proliferation of weapons of mass destruction.

For more information on the EU-VN relations please visit the EU website on Vietnam.

Process and timeline of negotiations, ratification and implementation

The FTA negotiations were formally concluded in Brussels in December 2015. The signing still has to take place to put the FTA into effect. Currently, the legal review of the negotiated text is ongoing and will be followed by a translation into Vietnamese and the EU’s official languages. Subsequently, the European Commission will present a proposal to the EU country leaders in the Council of Ministers for approval of the agreement. After the leaders’ green light, the FTA will be send to the European Parliament (EP) to start the ratification procedure. The current expectation is that the text will be sent to the EP for consent in the second half of 2018.

For more information on the EU FTA, please read the press release on the EU Vietnam FTA; read the full text of the EU-Vietnam FTA; or read more about economic relations between Vietnam and the EU.

For a more specific overview per sector, please refer to the most recent version of the Guide to the EVFTA. A more technical guide will be made available once the FTA has been signed and implemented.

Vietnam has FTAs with many countries in the region, such as Japan, South Korea, etc. Another major FTA that Vietnam is involved in, is the Trans-Pacific Partnership. It involves countries adjacent to the Pacific Ocean, like Japan, Chile, Canada and Australia. Since the United States withdrew from the negotiations, the eleven remaining countries continued the negotiations and agreed upon the new Comprehensive and Progressive agreement for Trans-Pacific Partnership (CPTPP). The importance for Vietnam of the CPTPP is much less than the TPP would have been, since Vietnam already had FTA agreements with the eleven remaining countries, either bilaterally or through the ASEAN pact.