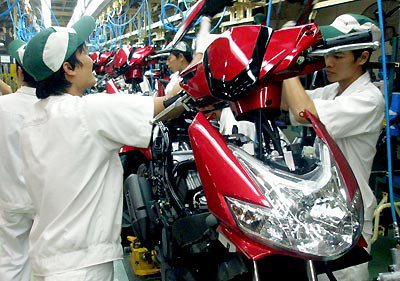 HCMC – Some 41% of surveyed Japanese companies are considering expanding their operations in Vietnam in the next three years or so, up 5.5 percentage points from the previous year, according to the latest report of the Japan External Trade Organization (JETRO).

The findings showed that an intensified confrontation between the United States and China has pushed up the investment of Japanese companies in the Association of Southeast Asian Nations (ASEAN), of which Vietnam is a member while scaling down Japanese investments in China.

JETRO surveyed some 10,000 Japanese companies with a strong interest in overseas business, of which more than 3,560, or 35.7%, responded.

A maker of steel and nonferrous metal in the Shikoku region in western Japan said it is planning to shift Mexico-bound exports from China to Vietnam, while a Tokyo-based steelmaker stated it has shifted part of its production in China to Thailand.

It also indicated that some 71% of Japanese companies operating in Vietnam forecast that their revenue would drop this year due to shrinking demand in the wake of the Covid-19 pandemic, a figure much lower compared with other Asian countries, with 91.4% of Japanese companies operating in India, 89.4% in Malaysia, 88.4% in Thailand, 85.3% in the Philippines and 84.4% in Indonesia making such a forecast.